Skip to content
Tech News
March 17, 2020 John
Functions that were primarily the domain of VMs are being picked up by other resources, but does that mean the end for virtual machines?

An idea is gaining momentum that the future of digital transformation, migration, and development may focus on containers and serverless computing. Whether that means virtual machines will face their sunset is up for debate with players such as Dell Technologies and Onica offering different perspectives.

He also asserts that new applications are not built with the intent for them to run on virtual machines. “You probably use containers and serverless from day one and not consider another model,” Tarhan says. Containers, he says, can fill an increasingly important part of the migration story. “By the time we get to next year, the only workloads people will consider migrating VM-to-VM are those workloads that are going to be end of life soon.” Organizations may find that in such cases, the investment to switch to containers is not reasonable, Tarhan says. Anything that has longevity should get containerized on the way to the cloud, he says.

Tarhan bases some of his opinions on the notion that each of these resources represents a separate abstract one layer further from the infrastructure. “Those abstractions greatly simplify the job of a software engineer to worry less about the operating system and the runtime environment and to be focused completely on the application they are building,” he says.

Containers are natively supported without third-party software, Tarhan says, and he sees them as an industry standard for defining an application. Serverless, on the other hand, is not as popular for migrations, he says, but is a natural place to build new apps. “It’s one layer of abstraction further where you’re not concerned about the number of instances or scaling policies or the load balancing,” Tarhan says. “That goes away and we have code that runs in response to events.”

A downside of serverless can be a lack the compatibility of containers. “Serverless is pretty much locked in with the hyperscaler you are working with,” he says. Another issue with migrating to serverless may be the cost of refactoring. “Sometimes I think we’re going to see folks who won’t undertake the work required for containerization or to go serverless,” Tarhan says.

Adopting containers or serverless does not necessarily mean it is the end of the line for virtual machines, says Matt Baker, senior vice president of strategy and planning for infrastructure solutions at Dell Technologies. It may just lead to IT teams having more resources to choose from. “Containers, probably more so currently, and serverless in the future are becoming important components of the toolset that technology professionals have at their disposal to build new modern applications,” he says. 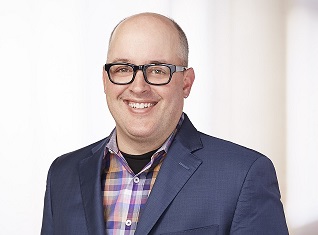 The industry does not operate in a zero-sum fashion, Baker says. While serverless and containers are critical to new and modern applications, he says, such growth is not at the expense of VMs. “These new technologies are additive to IT spending,” Baker says. “It’s more of the right horse for the right course,” he says.

It comes down to architectural decision-making at the developer level based on their needs, Baker says. A developer might want a virtual machine with a full stack of operating system capabilities when dealing with an application that is more monolithic in nature. For a service mesh-type application however, a different approach can make more sense. “The container allows for a much lighter weight and lower intensity of tuning,” he says.

Virtual machines may continue to have a place as even more technology is introduced in the future. Rather than usher organizations en masse from one technology to another, Baker says it is incumbent of technology providers to build tooling with requiring zero-sum shifts. “When Nicholas Carr wrote ‘The Big Switch,’ he said everyone would be using public cloud only, IT would fall away, and there would be only six major cloud service providers,” Baker says. “That reality never happened. I think we overestimate the pace of change and underestimate the pace of innovation.”

For more on virtual machines, containers, and serverless, follow up with these articles: