Skip to content
Tech News
September 19, 2020 John
The San Francisco Giants have digitized decades of media assets and are using artificial intelligence to manage and access what they need from the massive library.

When baseball Hall of Famer Lou Brock, who played for the St. Louis Cardinals and the Chicago Cubs, passed away in September 2020 at the age of 81, the media team at the San Francisco Giants was asked by a regional sports network if they had any footage or interviews with the base-stealing champion.

A few years ago, the media team would have disconnected that call for help and turned around to look at a massive physical library of 17,000 tapes going back decades that included video tape, audio tape, and film assets. Where do you start? Who knows just how many weeks or even months it would have taken to track down the right segments of the right tapes from when one of Brock’s teams was visiting San Francisco? The moment would be gone.

But the San Francisco Giants have been on a mission to digitize all of its media assets and add artificial intelligence management and search to the meta data to enable the staff to find the footage they need faster.

In this case Paul Hodges, VP of content and entertainment, and Brad Martens, manager of media systems and workflow at the Giants were able to find what they needed immediately. Based on a transcription search, Martens found instances where Brock had visited the broadcast booth to chat with announcers for a few innings during the games in the early 1990s. 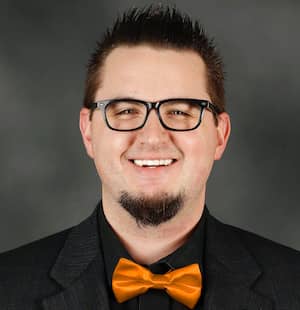 The ability to perform that search of transcripts and access the media asset needed at just the right time is the culmination of a multi-year project at the San Francisco Giants in conjunction with Veritone and Iron Mountain as well as the company’s media systems integrator Cutting Edge (which has since merged with ALT Systems, Inc. and now operates under the name ALT Systems, Powered by Cutting Edge Workflows).

The process began in 2008 when Hodges and Martens started trying to digitize the library of media assets on their own. But it was the approach of the team’s 60th anniversary of playing in San Francisco in 2018 that the two seized on as a catalyst to getting the project done. They proposed a project in December 2017 to the executive management team to digitize just 1,000 assets. What came next was a surprise.

“We got the green light to do everything,” Hodges said, the whole library of 17,000 assets. 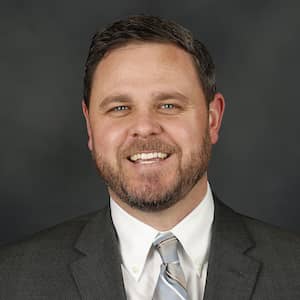 Originally the plan was to hire 13 to 15 interns at minimum wage for 40 hours a week for a year to do the work. It’s a pretty labor-intensive effort because you have to watch the asset several times to create the meta data, Martens said. So each asset would require 2 to 3 times its actual length to process.

The Giants turned to artificial intelligence. The team first looked to Iron Mountain for digitizing the 17,000 assets and enhancing older assets to a more modern 2k resolution. For the artificial intelligence to analyze the assets with facial recognition, transcriptions, and other searchable tags in the metadata, the team relied on Veritone. Hodges said he preferred the Veritone platform to other platform candidates because of how it incorporates AI engines from a number of different players such as Google.

Logan Ketchum, director of strategic partnerships at Veritone, said that the company offers hundreds of different cognitive models and also offers engines from other top organizations.

As a proof of the value of the project, when San Francisco Giants Hall of Famer Frank Robinson died and one of the team’s owners, Peter Magowan also died in early 2019, Hodges and Martens had the assets they needed at their fingertips instantly.

In spite of the program’s success, it hasn’t been able to escape the difficulties of 2020.

When the COVID-19 pandemic and shutdowns hit in March, the digitization project was about 60% complete. It has since been paused due to budgetary constraints during this year when the baseball season has been abbreviated and played without fans in the stands.

“The plan is to resume at some point,” Martens said. “Once the world returns to normal.”