Skip to content
Tech News
October 2, 2020October 2, 2020 John
CIOs spent a huge portion of their 2020 IT budgets early in the year to move workers home. Cyber security is among the top priorities for 2021.

As we arrive at the final three months of 2020 and prepare for a fundamentally changed economy and society in 2021 after the shockwave of a pandemic and related shutdowns, it’s helpful to assess just what happened in IT departments over the last nine months.

An annual survey of CIOs and IT leaders conducted by the Harvey Nash Group and KPMG provides some real perspective on the whirlwind that has been our year so far. A total of 4,219 IT executives responded to the survey. One gigantic takeaway is this: Technology played a key role for organizations as they sought to operate amid wildly unfamiliar conditions.

That started at the beginning of the pandemic and shutdowns as early as March as IT organizations pulled a lot of their budget forward to spend it over the course of a few months on work-from-home technologies.

For more on how the pandemic has changed IT, read:

Data Science: How the Pandemic Has Affected 10 Popular Jobs

Sean Gilligan, president of tech recruitment at Harvey Nash, told InformationWeek that companies spent the equivalent of around $15 billion extra a week on technology in those first few months to enable safe and secure home working. The spending represented one of the biggest surges in technology investment in history, according to the new survey and report by Harvey Nash/KPMG.

Now that those investments have been made and thousands of employees are equipped to work from home, will spending remain at those early high levels?

“Now it’s more of a steady state,” said Gilligan. Much of those early investments went to hardware such as laptops. That emergency spending to equip a work-from-home workforce is pretty much over. But it’s an investment in how we will work int he future. Gilligan pointed out that 43% of leadership believes that more than half of staff members will continue as remote workers when the world “goes back to normal.”

“This is a long term, forever strategy, not just a Band-Aid,” he said.

But just because the emergency hardware spending is over doesn’t mean that technology spending will be cut. 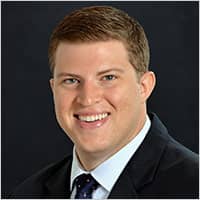 “Right now technology is the most important part of these businesses,” Gilligan said. “Without it, people wouldn’t be up and running in their homes. It is building more of a collaboration or cohesiveness between the business and the technology.”

Part of the problem right now is the large degree of uncertainty about the future. According to the survey, 59% of respondents said they will be unable to accurately forecast for long-term planning decisions for at least three months. Another 8% believe it will be a year or longer before they can accurately forecast.

Nonetheless, the survey also asked IT leaders the following question: “In light of the new reality, what are your top three most important technology investments?” Leading the pack were security and privacy at 47%, customer experience and engagement at 44%, and infrastructure/cloud at 35%.

Surprisingly, automation only hit 29%, and systems of insight such as business intelligence got only 25%. For organizations looking to save costs through use of these technologies, that may not be happening with any new investments. At the bottom of the list were finance and accounting (8%), systems of record (9%), supply chain and logistics (9%), employee engagement and HR (10%), marketing and sales (15%).

“People have to prioritize, and it’s not here,” Gilligan said. That said, investment in security is at the top of the list perhaps because 4 out of 10 organizations say they have already experienced a security breach during the COVID-19 crisis, according to Gilligan.

That’s probably why, in 2021, demand for cybersecurity skills will continue to be high among the IT workforce. A full 35% said cybersecurity was the most scarce skill. Organizational change management came in second at 26%. Three other skills tied for the third rarest at 22%: enterprise architecture, advanced analytics, and technical architecture.

IT pros will find they have more options for careers in 2021 because more companies will allow workers to be remote.

“That widens the pool of companies you could work for,” Gilligan said. “It’s certainly going to change things.”

But will employees make the jump to new positions in 2021? Gilligan said that many professionals are hesitant to make any moves during a time of uncertainty.

“People are thinking about it, but they are not sure that now is the right time.”