Skip to content
Tech News
June 30, 2020 John
Making the move from datacenters to the cloud set off a transformation strategy that created new operational opportunities and cost savings.

The start of Liberty Mutual Insurance’s journey to the cloud some six years ago set the stage for the continuing evolution of its infrastructure. As a major provider of insurance, Liberty Mutual, can receive millions of customer calls per year that may tap into considerable data resources. The insurer’s transformation strategy included moving out of datacenters to public cloud, says Dave Anderson, director of technology at Liberty Mutual Insurance IT. The strategy kept business needs in focus rather than pursue technology just for technology’s sake. “We started to realize that cloud is not just a datacenter,” he says. “It’s a transformational way of working.”

Anderson says digital transformation brought about a major rethinking of what the cloud and cloud native mean for the organization. That included assessing security stances and how software was written. The migration, he says, took a cloud native approach that opened the door for further growth. “We probably didn’t realize it at the time six years ago, but that put us on the path towards serverless.”

Liberty Mutual started to discuss serverless, where the cloud provider runs and allocates server resources, when AWS Lambda launched in 2014, Anderson says. The insurer’s migration, he says, included developing core cloud application principles, infrastructure as code, with baked in guardrails and controls. “We’ve experimented with containerization, different types of platform as a service, and we still have a hybrid compute model today.”

The move to serverless allowed teams with different needs move at their own pace and accelerate faster, Anderson says. When engineers get into the serverless mindset, he says, there is a time-to-market play where teams create quality software quicker. “Their throughput is high, and they are able to iterate fast,” Anderson says.

Some of the benefits Liberty Mutual gained by going serverless, he says, include being able to release applications quicker, which can also mean getting feedback sooner from users. Serverless can also reduce various costs. Anderson says serverless-first solutions opened up other possibilities such as integration with AI and data services or event streaming services.

Other ways Liberty Mutual takes advantage of serverless include running a virtual assistant, he says. The virtual assistant uses a natural language processing bot for the call center, which is plugged into serverless services such as Amazon Lex and Amazon Polly. When a customer calls, the virtual assistant allows for data to be pulled from different databases in response. “There are probably more and more scenarios where we can use serverless than we can’t,” he says. 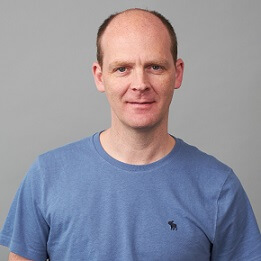 Going serverless also introduced new perspectives on how IT teams at Liberty Mutual work. “Code is a liability,” Anderson says. “The less code we write the better.” As the resources of serverless were explored, he says teams were encouraged to think about every part of the solution and not just the code they are writing. That includes operational constraints, performance constraints, total cost of the solution, and user experience, he says. This led to teams starting to write systems rather than simply applications. Further, the teams began to realize the importance of observability in the cloud because serverless services can be ephemeral at times, disappearing quickly and hard to track. “You really want really good dashboards and traceability for events in your systems,” Anderson says.

Naturally, transformation can be an ongoing process and the Liberty Mutual’s IT teams continue to tackle new ideas and approaches as they explore what serverless offers. “For the engineers, it is more than just teaching them Lambda or how to use Node or Python within Lambda,” Anderson says. “There’s a whole mind shift once they fully embrace the cloud; it starts to click with the importance of building secure and cloud-first and cost-effective solutions.”

Will Virtual Machines Fade Out for Containers and Serverless?