Skip to content
Tech News
September 6, 2020September 6, 2020 John
Panel at the SaaStr Annual discusses the changes cloud has brought to data and what may be on the horizon.

On the closing day of the virtual Saastr Annual conference, a trio of players in the cloud and database sectors talked about ways organizations might leverage data in the increasingly digital era. Spencer Kimball, CEO of Cockroach Labs, and Emil Eifrem, CEO of Neo4j, offered their perspectives in the “Paradigm Shifts and the Future of Data Infrastructure” panel moderated by Denise Persson, CMO of Snowflake.

Persson said as organizations move to the cloud, they often come to see data as a strategic asset and then face a rapidly changing environment. In some instances, she said, companies are already falling behind and need to catch up. “Most companies, at this time, are in a situation where big decisions need to be made for the future,” Persson said. “And that future isn’t five years from now.”

Those decisions might lead off with familiar patterns, but long-term changes could lead to greater possibilities, according to Kimball. It may make sense initially for organizations to replicate previous infrastructure strategies, he said, but just do it in the cloud by using a lift a shift model. “When you really look at what the cloud is offering, there’s an opportunity to exploit its resources,” Kimball said.

Cloud is a frictionless way to achieve what previously took months to accomplish, he said, by buying machines to be placed in colocation facilities. Going digital with the cloud makes such resources available programmatically, Kimball said, within minutes if not seconds across data centers, regions, and continents. “We can build different things, not just faster but better,” he said, adding that exploring such benefits will require new infrastructure.

Enterprises have learned to see data is the new oil, said Eifrem, and the rise of machine learning and AI spurred many business executives to chase digital transformation with a passion. This can lead to executive leadership engaging with IT teams to discuss such topics as the importance of knowledge graphs and what they are doing about them. “That we did not see even five years ago,” he said.

Some organizations may go through growing pains though as they weigh the benefits and drawbacks of picking best of breed stacks, Eifrem said, versus simply using what is already built into a cloud platform. There is the cloud native movement, he said, with microservices on the development side, containers on the runtime side, and serverless architectures with functions as a service all presenting possibilities. This means organizations do not necessarily have to go all-in with architecture that has one database behind it all, he said, with the option for more experimentation waiting to be realized. “All of that enables, at least in theory, it to be cheaper to [go with] plug and play services,” Eifrem said.

Operating in the cloud stirs up a variety of technical and operation concerns, such as vendor concentration risk, the overreliance on one or a few vendors, Kimball said. There can benefits, he said, to operating in integrated ecosystems such as AWS. For example, it presents the simplicity of dealing with one bill and services known to function together rather than a hodgepodge of resources stitched together. 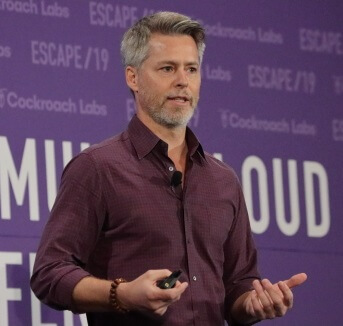 Despite such positives, enterprises have expressed a desire to not let a vendor hold significant sway over them, Kimball said. “Even if a company starts on AWS because that’s where they have expertise, they are very eager to maintain flexibility and optionality.” Advantages of using multicloud vendors include the potential to pick the best technology for specific needs, he said.

There is a sense of inevitable change on the horizon as the cloud grows in power and reach, even for holdouts still clutching to legacy infrastructure. Kimball said the evolution seen in the last 10 years for databases is only the beginning. “That first stage was SQL, which has been evolving for 40 years,” he said. “Those architectures are monolithic. They sat in one place and you had to scale up. That ran into a brick wall when the web happened.” The conversation is now aimed at how to build data architectures that can handle global scale, he said.

Next Steps for Cloud Infrastructure Beyond the Pandemic

Predictions for Cloud Computing in 2020