Skip to content
Tech News
September 24, 2020September 24, 2020 John
Potential continues to build for possible technology applications at the edge of the forthcoming update to wireless infrastructure.

Higher levels of automation are expected to transform traditional manufacturing and industry, according to Mike Calabrese, senior vice president of Americas for Nokia Enterprise. He spoke at the recent the IoT Innovation North America virtual conference where he discussed 5G and the acceleration of “Industry 4.0” and the fruits expected to come out of this convergence.

Nokia Enterprise plans to expand its partner ecosystem, Calabrese said, seeing growth in private wireless that can influence the digitalization of asset-intensive industry, such as transportation, manufacturing, energy, and logistics. The coming new standard for wireless infrastructure, 5G, is anticipated to be a catalyst for Industry 4.0, the so-called Fourth Industrial Revolution, he said.

5G connectivity is expected to offer 10 times the capacity over 4G, Calabrese said, and deliver up to 10 gigabits per second per device. There will also be less degradation on the network compared with other IT wireless services, allowing more devices to run at scale in an ecosystem, he said. Citing IEEE performance tests, Calabrese said Wi-Fi channels can see saturation issues with as few as 16 devices connected. “With 5G, the equivalent number can be upwards of 800 devices,” he said.

Latency is also expected to improve with the upgrade from 4G to 5G, Calabrese said, from 10 milliseconds down to 1 millisecond. “We don’t have to wait for 5G to get started,” he said, with some enterprises already leveraging 4.9G networks — an advancement on 4G — already in place as a steppingstone to 5G and digital transformation.

Calabrese painted a picture where the factory of tomorrow could brim with technology that includes sensors, raw data, autonomous robots, additive manufacturing systems [3D printing], virtual and augmented reality, and AI-enabled manufacturing platforms. “The thing to draw back here is the scale of that deployment and the scale of what will be deployed inside those facilities,” he said. The goal is to see such innovation at scale and benefit from receiving real-time communications from robots and other devices. “These techs are communicating openly and are operating holistically across the ecosystem in that next-generation manufacturing infrastructure,” he said. 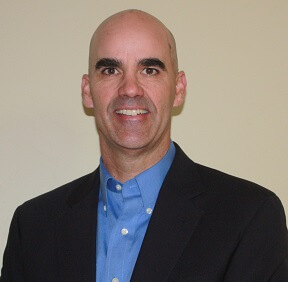 The logistics of the future may see the rise of an autonomous, self-orchestrated global supply chain, Calabrese said, with real-time visibility to ensure business performance. “Packages and cargo will be processed through warehouses in real-time, enabled by cobots [collaborative robots],” he said. “Analytic engines will be optimizing delivery patterns and routes.” This could save time, money, and energy, he said. Such an ecosystem could include autonomous and remote-controlled vehicles including trucks, delivery bots, and drones that deliver final products to the market.

5G could also support Industry 4.0 advancements in future railways, Calabrese said, with trains that move at 400-500 mph, well above current conventional and high-speed trains. “ALFA-X in Japan is trying to run at 220mph these days; imagine it going twice that speed,” he said, referring to an experimental train that began trials in 2019.

Industry 4.0 might make it possible to maintain such high velocity trains and other advanced equipment with nearly no interruptions, Calabrese said, thanks to predictive maintenance and analytics to analyze data. “These scenarios are already happening across the world, but most have yet to scale,” he said. Achieving such widespread adoption would call for robust networks with digital automation.

Transformation on a global scale in heavy industry though is neither simple nor easy. There is a difference, Calabrese said, between information-based sectors, which can replace physical assets with digital copies, and asset-intensive industries, where the physical asset cannot be replaced. “The value comes from the digital control of physical assets,” he said. That includes digital programming through digital twins that simulate an asset, process twins, and digital threading, which inevitably means more data and analytics, Calabrese said.

Achieving digital control and self-orchestration across industrial ecosystems will require elevating reliability, performance, and predictability of the network, he said. Current IT built on general purpose technology does not measure up, Calabrese said, to the task of controlling mission critical applications. With a more capable, reliable network, it may be possible to safely control massive power utilities, autonomous mobile robots, and drills in mines from home during the pandemic, he said.

“We need information and operational technologies [OT] to converge,” Calabrese said. “We’ve got to leverage IoT, edge computing, and deep analytics. You have to be able to position that compute where it needs to be.” That could be at the far edge, in a factory for real-time performance and control with millisecond latency. Transformation is underway, he said, with private wireless networks emerging as industrial-grade enablers of such convergence. “More than 70% of enterprises globally have already started investing in these transitions,” he said. “It’s where the intersection of IT and OT happens.”

Deloitte on Cloud, the Edge, and Enterprise Expectations

Exploring Edge Computing as a Complement to the Cloud

How 5G Rollout May Benefit Businesses More than Consumers

10 Enterprise IT Transformation Trends to Watch for 2020