Technology companies are poster children for diversity problems in the workforce. Although they far surpass the national average when hiring Asian Americans, Brookings found African Americans and Latinos were employed in tech at half the rate as they were in all other professions. Women also lag far behind their male counterparts. There is no shortage of theories as to why these gaps persist, but no solution to date has made a significant dent in the industries’ problem. Is it time to look at artificial intelligence to eradicate bias from our hiring process?

First, we have to deal with the elephant in the room. Amazon had a well-publicized failure when they tried to use AI for this very purpose. Their recruiting tool developed a learned gender bias, boosting male applicants over females. A model is only as good as its data. If you fed it thousands of resumes where 70% are male, what conclusions do you think it would draw concerning the equality of the sexes?

There are three key areas of focus when looking at how artificial intelligence can help remove bias from our hiring process. These are creating job postings, evaluating resumes, and interviewing candidates.

You may not realize it, but your perfectly crafted job ad is unknowingly discouraging qualified candidates from applying. In a ZipRecruiter study, 70% of job postings contained masculine words. This finding was pervasive across all industries. When wording was changed to be more gender neutral (using words like support and understand versus aggressive or leader), hiring managers saw a 42% increase in responses. So how does AI spot these imbalances? By allowing the algorithm to churn over millions of job ads and their corresponding resumes, it can discern patterns hiding in the data. By simply using inclusive writing in our postings, we won’t turn away qualified applicants at the door and will maximize the diversity of our selection pool.

We may have a resume pool brimming with diversity, but we’ve exacerbated our next problem — evaluating resumes. A single job posting may attract 100 resumes. With the recent explosion of remote work, the response rate can get multiplied even further. It’s not possible for humans to fairly evaluate hundreds of candidates. We unknowingly lean on our biases to weed out candidates that don’t fit the preset model in our head. Did they go to the right college? Where did they work last? Were they referred by an employee? Each one of these qualifiers slice away diversity from our applicant pool. Artificial intelligence can help. When taking a skills-based approach, you level the playing field as AI purposely ignores all the demographic details to zero in on qualifications. It does this while digesting thousands of resumes in seconds. Still, we have to be careful. If we feed our model garbage, it will produce garbage. Calibrating our algorithm on the firm’s top performers may seem ideal on paper, but unless you already have a diverse workforce, you are only perpetuating your stale hiring practices.

Interviews should be highly structured where each candidate is presented with the same batch of questions. This rarely happens in an actual interview. Real-life interactions tend to be more fluid, less disciplined and highly subjective. It’s impossible to isolate all the outside variables because no two interviews will be the same. Using AI, digital interviews remove these limitations by relaying the question set then evaluating how a candidate responds. Automated interviews aren’t without their problems. Many high-level candidates are turned off being forced to deal with a robot. They perceive they aren’t worth the companies’ time. Facial recognition is also being deployed in certain instances, which has been a hotbed of controversy.

AI is already ubiquitous in the HR industry. Sixty seven percent of hiring managers and recruiters reported that artificial intelligence was a significant time saver, according to a LinkedIn survey. Handing that much power over to a computer makes many uneasy, but we have to realize that AI is designed by humans and trained using historical data. If not governed appropriately, AI will simply persist long held biases that already exist throughout the organization. Artificial intelligence models must be audited regularly to ensure the data generated mirrors the intended result. Another problem is the AI engineers themselves. It is a male dominated profession. According to AI Now, 85% of Facebook’s AI researchers are male. At Google, it’s 90% and 2.5% of its workforce is black. It’s fair to wonder how AI can reflect minority voices when there are none at the table.

Artificial intelligence isn’t perfect and can fall prey to current hiring pitfalls if we aren’t careful. With proper auditing and governance, AI can help us bridge the gap to a more diverse workforce. 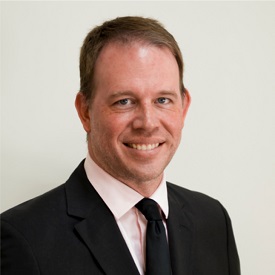 Mark Runyon works as a principal consultant for Improving in Atlanta, Georgia. He specializes in the architecture and development of enterprise applications, leveraging cloud technologies. He is a frequent speaker and contributing writer for the Enterprisers Project.
The InformationWeek community brings together IT practitioners and industry experts with IT advice, education, and opinions. We strive to highlight technology executives and subject matter experts and use their knowledge and experiences to help our audience of IT … View Full Bio